Do you have asbestos in your gutters?

It’s a question that you probably haven’t give much thought to, even as you call for a gutter cleaning Perth. In fact, cleaning companies that do gutters often don’t think on it much, either. After all, most people expect asbestos to be found in walls, pipes, or outdoor sheds. Not in gutters. 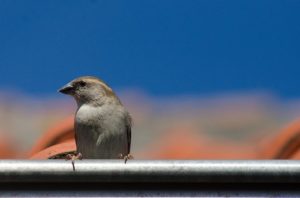 Asbestos saw heavy use in construction. Whether sheets for insulation, lining for pipes, or in fences, it got all over the place until it was banned. The high-tensile strength, heat-resistance, and flexibility made it useful in various contexts. The problem is that it is highly hazardous.

Most people, as noted, expect them in places like walls, fences, and water pipes. People don’t realize that they might find their way onto gutters, too. How, then, did they manage to get up there? After all, most gutters aren’t made of asbestos or use them as lining.

Is this something you should worry about?

Statistically speaking, the chance of gutters having asbestos fibres or lining is unlikely. Older buildings might still have it, but it’s not likely to have been used in gutters. The favoured materials usually don’t need that sort of lining.

However, unlikely is not impossible. There’s still a chance. If you managed to find signs of asbestos there, what do you do?

Well, the first thing to consider is to never try to remove anything by yourself. It’s too much of a risk. Even if you factor in that asbestos tends to be less likely to be breathed in if its wet and gutters tend to be wet spaces, you’re still at risk.

Never, ever do it yourself. You should call professionals who have the right licenses and equipment for the job, rather than bare hands. Specialized crews might be a little expensive, but there are advantages when you get them.

Asbestos tends to crumble easily if they’re not handled properly. Even if you have an intact sheet, by bad handling, you can end up with fibres released into the air to contaminate it.

How did it get up there in the first place?

Well, the least likely cause is that it was there all along. It’s such a rarity that it’s practically not a factor.

A more likely reason is that a nearby structure had asbestos and something happened to cause it to scatter. It could have been a renovation or a demolition. It might have even been a fire, with the process of putting it out causing the fibres to fly.

Spotless Gutter Cleaning Perth© 2017 All Rights Reserved Terms of Use